What is Advanced Manufacturing?

Advanced manufacturing refers to the use of cutting-edge skills or technologies to generate efficiencies and improvements in production processes.

From advanced robotics to 3D printing, the sector has significant growth potential and is estimated to contribute £162 billion to the UK economy.

Manufacturing is a key pillar of Scotland’s economy, and as Scotland’s largest city, Glasgow’s reputation stems from its role as one of the world’s first industrial and heavy engineering centres that earned the city the title of “workshop of the world”.

With the challenge on to find smarter, better ways of making things, Glasgow is again at the vanguard of this advanced manufacturing revolution and remains the place for bold, brave companies to come together and inspire each other to do great things.

Glasgow City Region is home to

just under 3000 manufacturing companies with a combined turnover of over £10bn, employing over 55,000 people with a GVA contribution of £3.5bn.

Glasgow is ranked no.1

The Advanced Manufacturing District Scotland
is an internationally recognised centre for innovation,
research and manufacturing located next to Glasgow
International Airport

With a skilled workforce, research expertise and strong manufacturing base, the Glasgow region has much to offer the engineering and advanced manufacturing sector. The University of Strathclyde’s Advanced Forming Research Centre (AFRC), is a globally recognised centre of excellence in innovative manufacturing technologies, R&D, and metal forming and forging research.

Strathclyde is the anchor university for NMIS and is a founding partner in MMIC, which is due for completion in late 2021 and expected to be operational in early 2022. It will bring together industry, academia, healthcare providers and regulators to test new and disruptive technologies for manufacturing in the pharmaceutical industry.

Companies of all sizes will be able to use the facility to evaluate, test and prototype processes using advanced Industry 4.0 manufacturing technologies. By using next-generation technology, they will be able to produce drugs more efficiently, and protect future generations by bringing new medicines to market safely and quickly.

Boeing, the world’s largest aerospace company, will also be part of AMIDS, as it researches metallic component manufacturing in an £11.8million project with experts from the AFRC, part of NMIS.

Billion estimated to the UK economy. 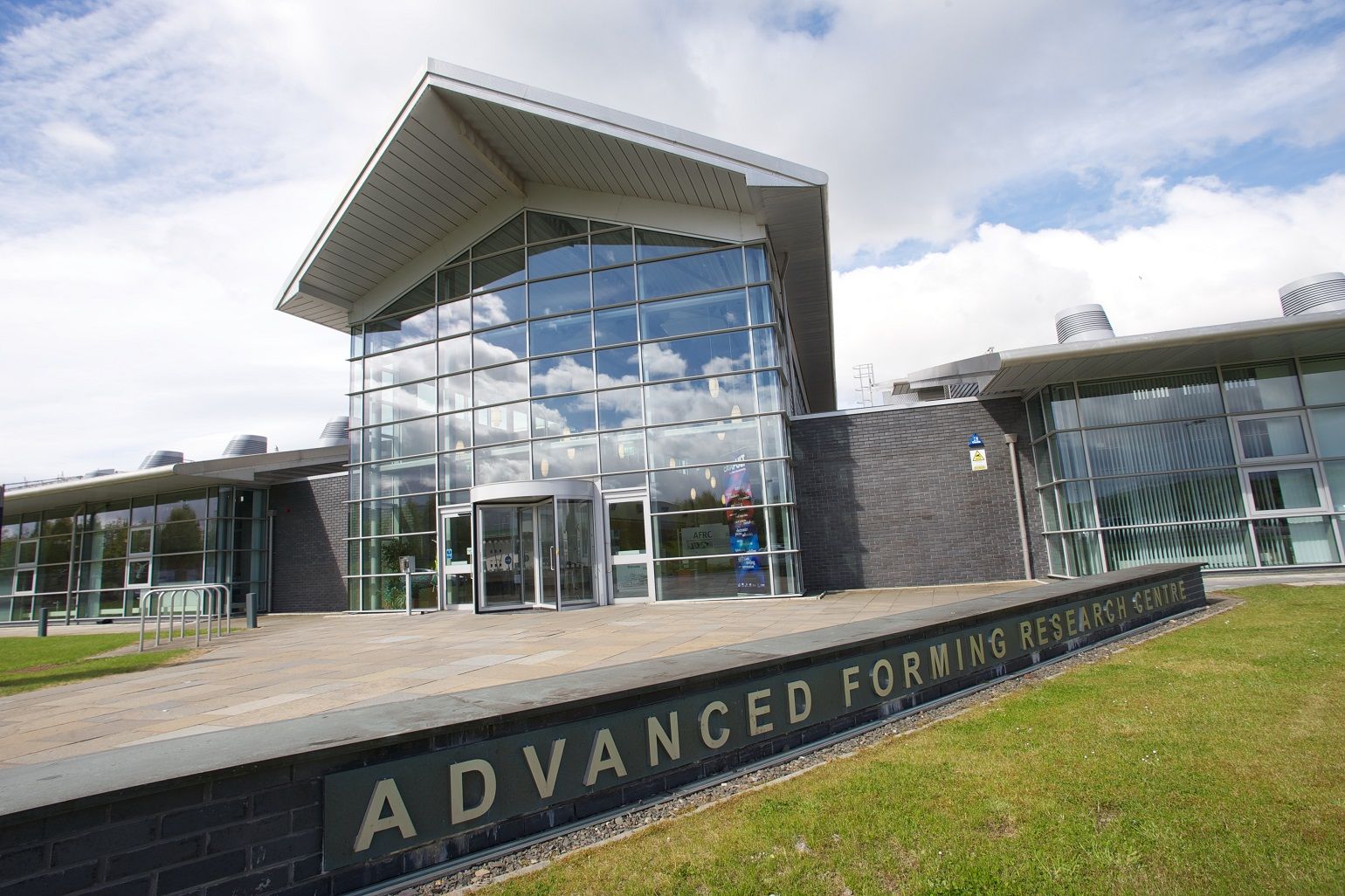 The University of Strathclyde’s Advanced Forming Research Centre (AFRC) was established in 2009 as a collaborative venture with Scottish Enterprise, the Scottish Government, and founding industry members Rolls-Royce, Boeing and Timet. It was one of the founding centres of the UK Government’s High Value Manufacturing (HVM) Catapult, and remains the only centre of its kind in Scotland. The AFRC is working with the Scottish Government, its agencies and Scottish industry to help deliver its manufacturing action plan, ‘A Manufacturing Future for Scotland’.

The University and AFRC are the anchor partner for the National Manufacturing Institute Scotland (NMIS) – a £65 million factory for the future, and the centrepiece of the developing Advanced Manufacturing Innovation District (AMID) at Inchinnan. NMIS is a strategic collaboration between the Scottish Government and the University, aiming to drive fundamental change in the competitiveness of Scottish industry through adoption of cutting edge research, innovation  and skills provision. The University is also a strategic partner in the new industry-led Medicines Manufacturing Innovation Centre (MMIC), another large-scale example of international collaboration in the AMID.

AFRC is at the heart of the country’s manufacturing R&D sector, enabling all types of company ─ from global original equipment manufacturers through to local manufacturing businesses – to access the technology and expertise needed to deliver innovative processes and products. Demand initially came from the aerospace sector, but AFRC has now grown to support companies from across the manufacturing landscape including oil and gas, medical devices, energy, food and drink, automotive and general engineering.

Strathclyde is part of a new strategic Boeing Scotland Alliance, which includes an £11.8m Research & Development project between Boeing and the AFRC. The project is supported by £3.5m of R&D funding from Scottish Enterprise and will see Boeing establish an R&D team in Scotland to look at metallic component manufacturing as the basis for future aircraft components.

Engineering company Malin Group is set to build a marine manufacturing hub on the banks of the River Clyde. The Glasgow firm’s Scottish Marine Technology Park (SMTP) is to be built near the Erskine Bridge at Old Kilpatrick. It is expected to create nearly 1000 jobs and add £125.4 million a year to the economy, with a large fabrication facility and a deep-water jetty with 1100Te ship hoist, the largest of its kind in Scotland.