QuantIC, the University of Glasgow- led quantum imaging hub, is supporting quantum science out of the research lab and into the commercial world. With applications in healthcare, security, energy and defence, QuantIC is giving the UK a head start in the international race to industrialise quantum technologies.

As part of the £270M investment of UK National Technologies Programme (UKNQTP), the Engineering and Physical Sciences Research Council (EPSRC) funded a national network of four Quantum Technologies Hubs across the UK. QuantIC is the UK Quantum Technology Hub in Quantum Enhanced Imaging. It brings together more than 120 full time researchers from the Universities of Bristol, Edinburgh, Heriot-Watt, Oxford, Strathclyde and Warwick with more than 40 industry partners.

High-impact research projects led by QuantIC or its company partners include:

QuantIC researchers in collaboration with Scottish SME Gas Sensing Solutions are developing mid-infrared sensors at the JWNC based on antimonide minerals; it is anticipated that this will open up new applications in biological imaging, security and sensing. 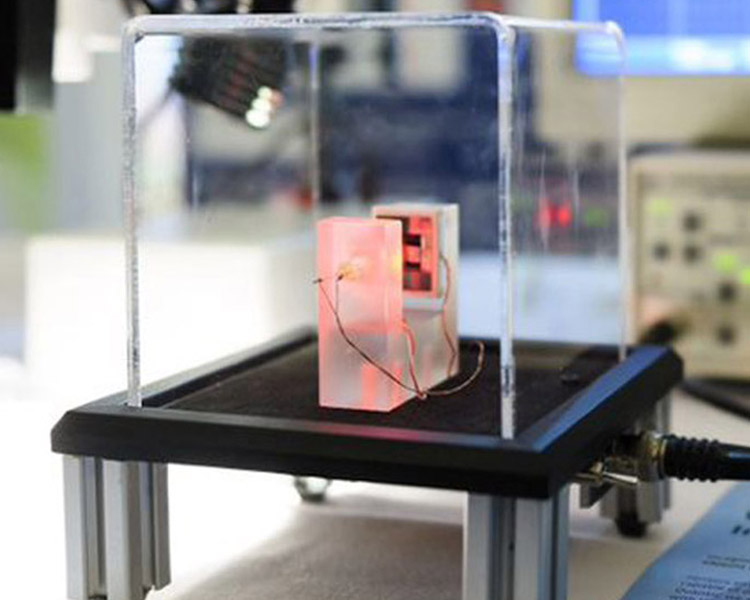 The University of Strathclyde is the only British academic partner in all four of the UK Quantum Technology Hubs. Photonics and quantum technologies are key research themes of the university’s Technology Innovation Centre (TIC) zone, which forms the heart of the Glasgow City Innovation District.

In recognition of the work of the Institute of Photonics and its laser companies, the University of Strathclyde was selected as the host for the UK’s first Fraunhofer research centre ─ the Fraunhofer Centre for Applied Photonics, Fraunhofer-CAP ─ in 2012. The university also has links with the Stanford Photonics Research Centre in California, further highlighting an international dimension to the growth and development in photonics.
The University of Strathclyde also supports aspects of smart grid innovation, aiding future delivery of secure, affordable low carbon energy. The Institute for Energy and Environment plays a key role in national and international consortia, and has strong collaborations with industry across major initiatives. Comprising one of the largest electrical power academic research groups in Europe; it has 270 staff including 34 academics. Several spin-out companies (including Smarter Grid Solutions, Bellrock Technology and Synaptec) have been created to take the new technologies to the marketplace.

The Universities world-class facilities include experimental laboratories in the TIC and the innovative and industry-friendly Power Networks Demonstration Centre (PNDC) in Cumbernauld.

More
Changing the narrative on climate action
Glasgow Caledonian University’s Centre for Climate Justice conducts research and educational activities on climate justice with the goal of promoting…
GCU researchers are leading the way in the elimination of Hepatitis C in Scotland
A team of researchers at Glasgow Caledonian University have been investigating whether treating people who inject drugs can reduce the…
GCU researchers are improving walking ability in early Rheumatoid Arthritis patients
Researchers at Glasgow Caledonian University are developing a gait rehabilitation intervention to improve and maintain walking ability in people with…
Definitive Human
For the last decade, the GSA School of Simulation and Visualisation (SimVis) at the Glasgow School of Art has been…
GCU Centre for Living
The GCU Centre for Living looks to find the right treatment for the right patient at the right stage of…