Gravimeters create images using gravity. They are used in fields such as civil engineering, energy, defence and environmental monitoring to measure subterranean variations in density, to provide an indication of what lies beneath ground. However, until now gravimeters have been bulky and expensive, limiting their use.

QuantIC researchers have developed a stable, cheap and lightweight gravimeter ─ named Wee-g ─ using microelectromechanical system technology, as used in smartphone accelerometers. Wee-g is fabricated in the James Watt Nanofabrication Centre, and was developed with industry support from Bridgeporth, QinetiQ, Schlumberger and Glasgow-based Clyde Space. Wee-g is expected to have an enormous impact on land gravity surveying in a number of sectors, owing to its low cost and high sensitivity.

QuantIC researchers are also working with Glasgow based Clyde Space, the world leading innovator and supplier of CubeSats and small satellite systems, on a number of projects to support the rapidly growing market for nanosatellites which is estimated to reach $30.1bn in the next 10 years. One project is to develop a low light level communications and positioning system that will be able to operate at the few photon level, close to the quantum limit. The other project is to explore how QuantIC’s Wee-g can be incorporated into Clyde Space’s off-the-shelf Cubesats avionics suite to offer unrivalled sensitivity. 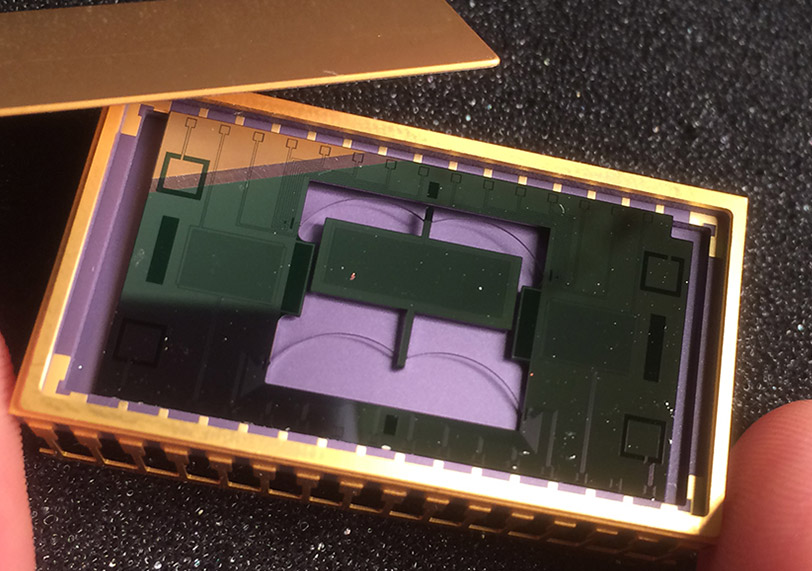 More
GCU Centre for Living
The GCU Centre for Living looks to find the right treatment for the right patient at the right stage of…
GCU researchers are leading the way in the elimination of Hepatitis C in Scotland
A team of researchers at Glasgow Caledonian University have been investigating whether treating people who inject drugs can reduce the…
A better and safer built environment for all
Safe water, construction health and safety, and energy efficiency are just some of the themes being tackled by the innovative…
ARTICULAR
ARTICULAR (ARtificial inTelligence for Integrated ICT-enabled pharmaceUticaL mAnufactuRing) is an exciting new collaborative project between The Glasgow Arts’ School of…
Definitive Human
For the last decade, the GSA School of Simulation and Visualisation (SimVis) at the Glasgow School of Art has been…

If you would like to reach out to discuss anything from the above case studies, please get in touch here.

Alternatively, if you would like to get in touch to discuss adding to the case studies we currently have, please click here.