A ground-breaking immersive 3D exhibit focused on one of The Glasgow School of Art’s collection of plaster casts has been created by the GSA’s School of Simulation and Visualistion (SimVis) in partnership with the leading Scottish digital media studio isodesign.

The exhibit was developed with a grant from the Arts and Humanities Research council as a blueprint for how developments in VR/AR technology can be used to enhance visitor enjoyment and understanding of museum exhibits and attractions through a set of design guidelines. 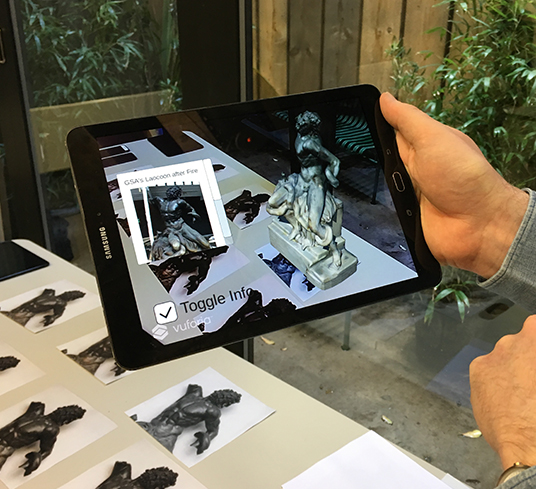 Digital Laocoön (a figure from classic mythology) which took around nine months to develop, harnesses Virtual Reality and Augmented Reality technology to tell the story of Laocoön, one of the GSA’s collection of plaster casts which was damaged in the fire of 2014 and is presumed lost following the fire of 2018.

The VR / AR experience brings the viewer right into the heart of one of the Mackintosh Building studios, where they encounter a life-size rendering of the sculpture. Walking around the space the viewer’s experience is then augmented with historic images from the GSA’s Archives & Collections and specially made films, that tell the story of Laocoön and how industry-leading conservation techniques were developed using the GSA’s plaster casts following the 2014 fire. 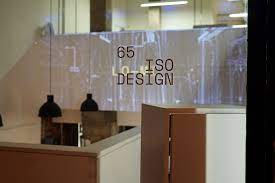 isodesign, a world-leader in interactive and immersive technology based in Glasgow, has worked on projects including the Titanic Belfast Experience, First World War Gallery at the Imperial War Museum, National Museum of Scotland and the award-winning Gallery of Lost Art with the Tate, their first online only exhibition.

Having developed this initial version of the exhibit the team is about to embark on the next stage of the project, which will see them explore how the VR version can be experienced by a wider audience and develop version for schools and higher education. The schools version will align with the Scottish curriculum for excellence.