A better and safer built environment for all

Safe water, construction health and safety, and energy efficiency are just some of the themes being tackled by the innovative BEAM centre at Glasgow Caledonian University.

The Centre’s research focus is on maximising social, economic and environmental benefit through the effective development, use and revitalisation of the built environment and through engagement with the communities involved.

The Centre has huge scope for study and brings together the Centre’s academic expertise and knowledge with researching industry problems. 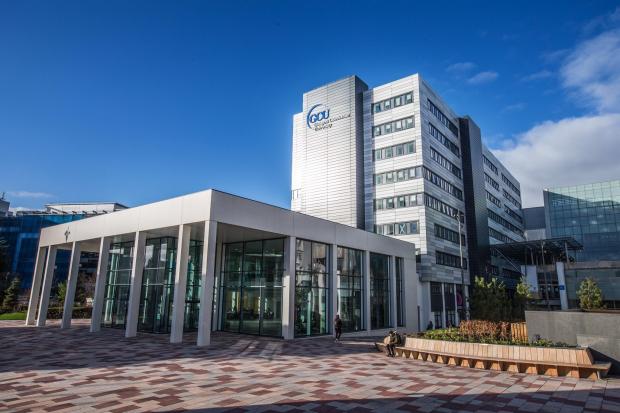 Recent research undertaken by the Centre showed more trees and green spaces are needed in Glasgow’s most deprived areas if those who live there are to be protected from the disruption of climate change. The researchers say the major climate-change risks for Glasgow are flooding and overheating and that, by 2050, Glasgow’s climate will be very similar to that in London today.

They have demonstrated that green infrastructure – trees, greens, parks and meadows – has the potential to reduce flooding and provide some cooling during hotter months.

However, they argue that, without an equal spread of green infrastructure, the negative effects of climate change will disproportionately impact the most vulnerable in society, especially those in deprived areas of Glasgow, with the north east of the city being highlighted in particular.

GCU incubator supports value-led businesses
Uhatch specialises in supporting social enterprises and value-led SMEs, helping them to demonstrate the positive societal impact.
The Yunus Centre
The Centre focuses on health & wellbeing, with the aim of transforming the lives of vulnerable communities.
Giraffe Healthcare
GCU helped form Giraffe Healthcare as a start-up social enterprise to deliver high quality, personalised physiotherapy through an online platform.
GCU Centre for Living
GCU’s vibrant and state-of-the-art ‘Centre for Living’ draws together expertise in multiple health and social research disciplines to advance public…
Changing the narrative on climate action
Raising awareness of how inequalities affect the ability of the poorest and most vulnerable to adapt to climate change impacts.
Get In Touch